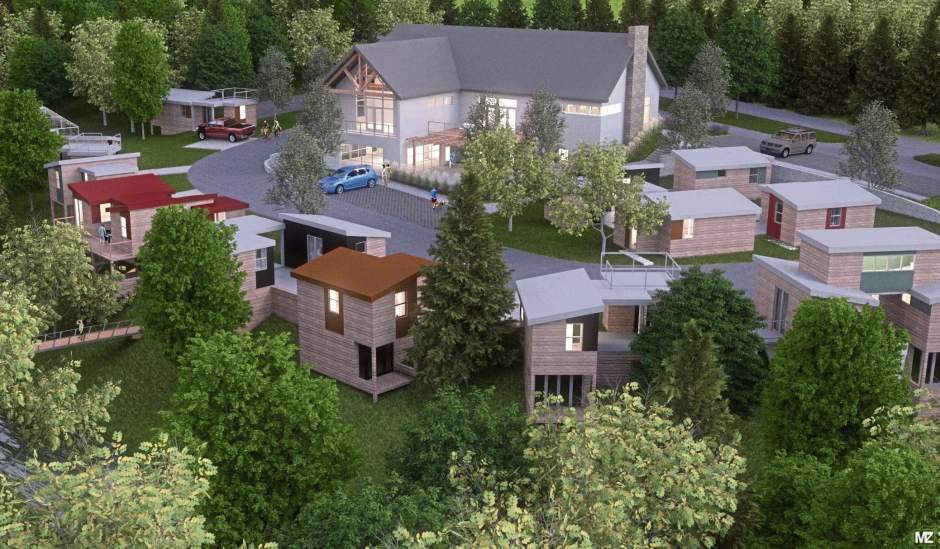 Marlon Ferguson acknowledges he was late in learning about the tiny home craze sweeping cities such as Seattle, Dallas, Detroit and Portland over the past several years.

The executive director of Veterans Place of Washington Boulevard is eager to use the minimalist living trend to achieve one of his Pittsburgh-based nonprofit’s top priorities next year: helping struggling veterans find permanent houses to call their own.

Veterans Place, in collaboration with the Bring Out the Best Project, plans to establish Western Pennsylvania’s first shared community of tiny homes built specifically for veterans on vacant land in Penn Hills.

“The tiny house project will give veterans an opportunity to live in some high-quality housing at an affordable cost,” said Ferguson, a Navy veteran and former University of Pittsburgh basketball standout.

The goal is to have several of 15 to 18 tiny homes under construction and a community center built by Veterans Day, Nov. 11. The municipality of Penn Hills donated 4 acres for the site on Jefferson Road.

As the new year begins, Ferguson and his team will be scrambling to raise $3.8 million in public, corporate and foundation donations to complete the project. They’ve raised about $700,000 so far, including $200,000 donated by UPMC and two anonymous donors who each sponsored a tiny house. The project will benefit from $150,000 in state Neighborhood Assistance Program tax credits announced this month.

Rent will start at an estimated $400 per month.

Each home will have its own bathroom, kitchen, studio-style bedroom and outdoor deck overlooking trees, shared gardens and a walking trail.

“High-sustainability, super-insulated, solar panels, clean air systems — the folks living in the tiny homes will have access to really cool, affordable housing,” Ferguson said. “The design is really modern, very attractive, and that’s what we wanted. We wanted veterans to have a sense of ownership with the tiny homes.”

The space will include a 5,000-square-foot community center that offers life-skills classes such as financial management, parenting, healthy home cooking and gardening.

‘WE ALL WANT COMMUNITY’

About 900 veterans in Allegheny County are homeless, with more living in shelters or participating in temporary housing programs, Ferguson said.

Within Pittsburgh’s city limits, “a lot of the one-bedroom apartments aren’t affordable,” Ferguson said. The ones that are often don’t have easy access to public transit such as major bus lines.

The transitional program averages a 96 percent occupancy rate, and participants can only stay for up to two years, Ferguson said.

In contrast, the tiny houses would provide permanent shelter for veterans vetted by Veterans Place.

Plans for the tiny homes project have been in the works about 18 months. Ferguson and Shawn O’Mahony, founder of the BOB Project, drew inspiration from a visit to a 27-acre community of tiny homes for the homeless in Austin, Texas. Ferguson recalled meeting a veteran there — sipping coffee on his front porch — who boasted that he had the best of both worlds: If he needed alone time, he could go inside his place, and if he wanted company, he had “community right at his front door.”

“We always say housing will never solve homelessness, but community will,” Ferguson said. “That’s the concept behind this. I’m a veteran myself, and we all want community. We want our veterans to feel supported. ”

Defined as 1,000 square feet or less, tiny houses have been popping up across the country as young and older buyers seek alternatives to hefty mortgages.

Entire neighborhoods of tiny homes have emerged in Portland and Seattle, and owners established a community of tiny houses on wheels in Washington state.

Natasha Lindstrom is a Tribune-Review staff writer. Reach her at 412-380-8514, nlindstrom@tribweb.com or via Twitter @NewsNatasha.