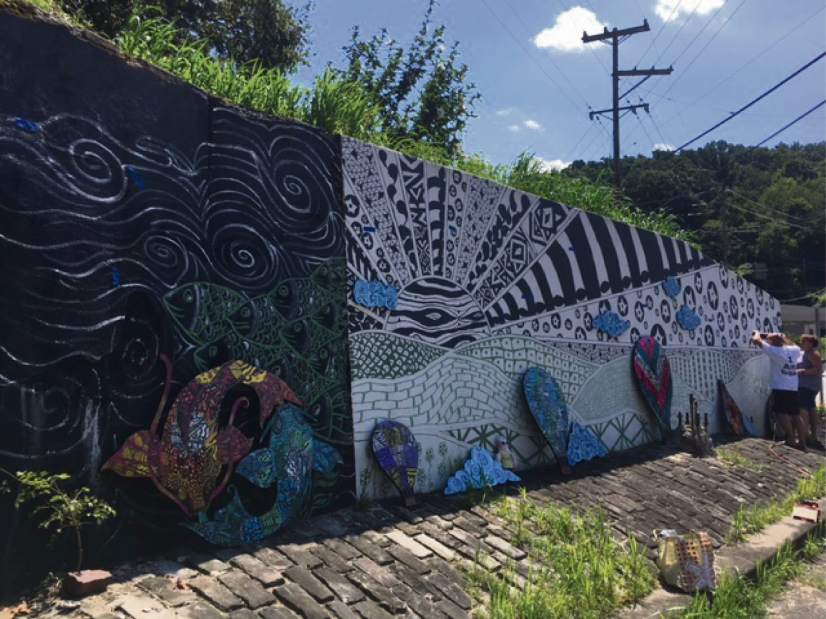 A Penn Hills nonprofit wants to officially introduce itself to the community on Saturday.

The Penn Hills Lawn and Garden Center on Jefferson Road will host Bring out the Best Project, also known as BOB Project, on April 28. The event will feature the nonprofit’s ongoing projects in the community and raise funds by selling t-shirts and face paintings.

“It’ll be like a meet and greet showcase,” said Shawn O’Mahoney, the organization’s founder and president.

O’Mahoney said its concept originated in 2014 but did not earn nonprofit status until 2017. Since then, he said, the group has developed several programs that offer help to children and veterans in a “remarketing of Penn Hills” effort.

Some of the projects include meal and gift drives for veterans during the Christmas season, painting murals and planting gardens.

The organization is currently working with Veterans Place of Washington Boulevard to get municipal approval to build a complex of tiny homes on Jefferson Road for veterans.

O’Mahoney hopes the event will draw people interested in being more involved with the organization both on an official and unofficial capacity.

“We’ll have signup sheets for volunteers for different projects and we’re looking for qualified individuals to serve on the board,” he said.

Dillon Carr is a Tribune-Review staff writer. Reach him at 412-871-2325, dcarr@tribweb.com or via Twitter @dillonswriting.