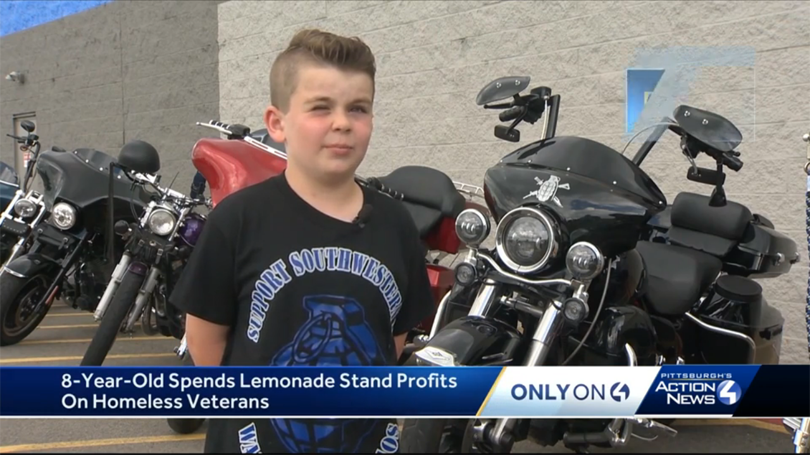 Jake Steffey started a lemonade stand in Jefferson Hills that raised $415. Walmart matched the amount, and the 8-year-old boy decided to spend the profits on local homeless veterans.

“I’m going to buy stuff for the veterans and give it to them, so they can have food and stuff,” Jake said Tuesday.

Joined by the Warriors of Chaos Veterans Motorcycle Club, Jake went to the Walmart store in West Mifflin and filled a shopping cart with toiletries and non-perishable food to be donated to homeless men and women who served our country.

“Mother and father did an excellent job raising this young man. I wish there could be more young people like him that would come to the aid of the veterans.”

The motorcycle club will give the supplies to homeless vets at a “Veteran Summer Stand Down” event Saturday at Veterans Place on Washington Boulevard in the Larimer section of Pittsburgh.