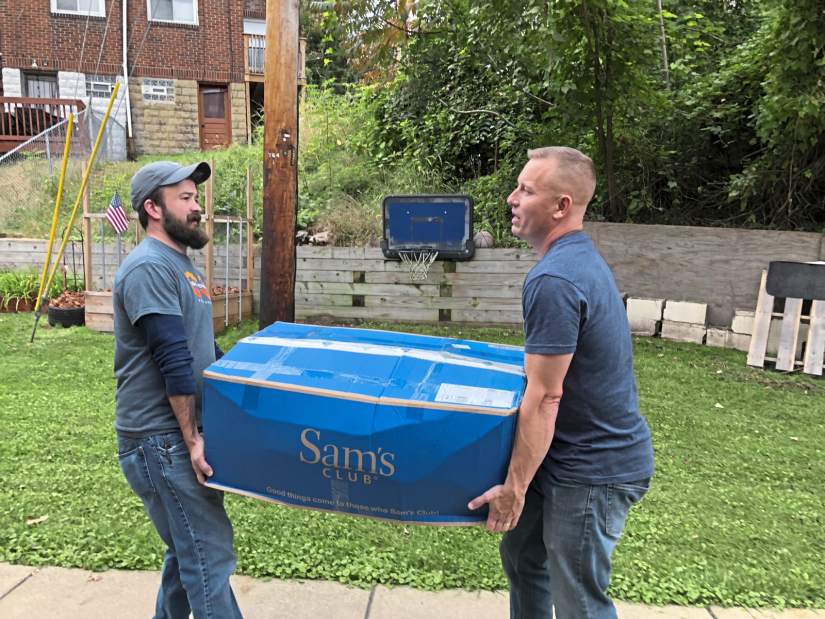 To honor Veterans Day on Sunday, employees from O’Hara-based Synergy, and its sister firm BrightTree Studios, spent an afternoon at Veterans Place of Washington Boulevard.

The group of 16 tech-savvy people performed old-fashioned lifting and toting. They organized and moved donated clothing and health supplies like shampoo and tissues in order to free up room at the shelter for homeless soldiers which sits just across the Highland Park Bridge.

Greg Carpenter, Synergy’s chief executive officer, said it’s important to recognize those who served in the military and to help the homeless. Carpenter served in the army and leads his team as both employer and volunteer.

Synergy is federally designated as a service-disabled veteran-owned small business, so it was a special mission for Carpenter.

His employees approved of the initiative, too.

“It was an excellent operation doing good work,” marketing assistant Christian Na said. “Everyone is related to or knows someone who is a vet. That makes it all the more meaningful.”

Volunteering at Veterans Place was part of monthly philanthropic campaigns by Synergy and BrightTree Studios.

“We’ll do what is needed,” Na said. “Taking that approach, there’s always a need.”

In September, the RIDC Park company worked with Educational Partnership to bundle pencils for distribution. This month, they are collecting food for Thanksgiving donations.

Na said all the company’s volunteers spend their days as high-caliber techies but they like hands-on volunteer efforts even though they sometimes require a lot of elbow grease.

Among the 16 workers are specialists in coding, security, sound engineering and other areas. The philanthropic missions have brought workers together.

“It’s so easy to get inspired and energized when you go out and help the community. These are projects our company can get behind,” Na said.

The benefits of taking on community projects goes both ways though.

“We can help them and they can help us,” Na said.

Sharon Drake is a freelance writer.