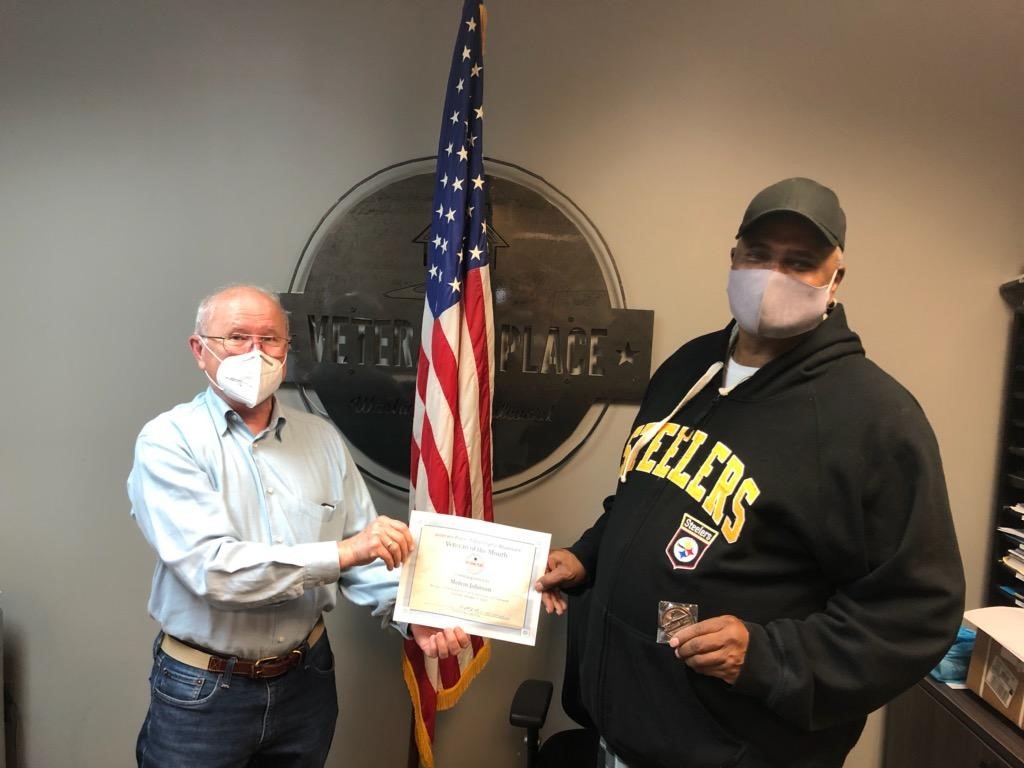 At Veterans Place of Washington Boulevard, we think it is important to share and celebrate our veterans’ successes with you and the others in the community who have helped us keep our mission thriving. This month, we congratulate Veteran Johnson on his accomplishment in obtaining a sales job with one of our new community partners!

We are pleased to announce the Veterans Place Employment Veteran of the Month is Veteran Johnson. Johnson joined the Air Force at 18, where he served four years of active duty as a military police officer. Johnson served in Korea and was honorably discharged from the Air Force.

After Johnson was discharged, he worked as a Plasterer for the State of PA for 23 years. Veteran Johnson then made his way to the HVRP office at Veterans Place, seeking employment. The Veterans Place Employment team quickly helped Johnson find a sales position at a competitive rate, with one of our new community partners.

With Johnson’s great personality and extensive knowledge of the business, he was quickly hired into a position that he finds to be fulfilling, serving as an amazing example for our veteran community!

Thank you for celebrating Veteran Johnson’s success with us and remaining part of our community of supporters who help us provide our veterans with the tools and services they need to succeed.