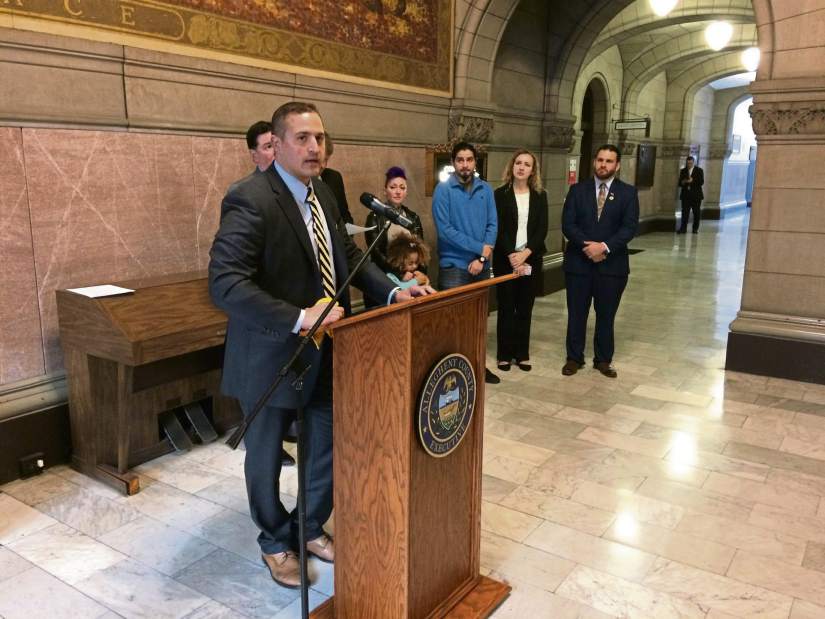 The group has placed 587 veterans in homes since creating a master list in 2015 of veterans needing help, according to Mayor Bill Peduto.

“Five hundred eighty-seven lives have been directly changed … from being given no opportunity to being given the opportunity to do whatever they would want to do in life,” Peduto said. “Five hundred eighty-seven individuals and their families are in a much better position because of the work that was done between federal, state, county and city government together with those that were on the ground carrying out the mission.”

Joe DeFelice, mid-Atlantic regional manager for the U.S. Department of Housing and Urban Development, praised the city, county and a score of providers gathered at the county courthouse for their efforts. DeFelice declared that Allegheny County has “effectively ended” veterans homelessness.

That doesn’t mean every veteran has a home.

It means the county and city have created a system to “identify, assess, connect and permanently house” homeless veterans, DeFelice said.

“Our work’s not done,” Peduto said. “Today we are simply recognizing the work of those in this room in working together to be able to find a time period of less than 90 days between identifying a veteran who is homeless and putting them in a permanent home. That means tomorrow there will be another dozen veterans who will need our help.”

“We’ve never had that collaboration before,” Pietryga said. “Street to home, our goal is 90 days. Our average is roughly 80 to 85 days.”

Jason Merced, 34, of Oakland and Kelly Ferry, 41, of Sharpsburg said they were homeless until connecting with boot camp providers. Merced is a Navy veteran, and Ferry is an Army veteran.

“Two years ago, I walked out of a really bad situation and I found myself homeless and scared,” Ferry said. “These programs collectively saved my life. They put me in a safe place. They specifically targeted areas that I really needed help in.”