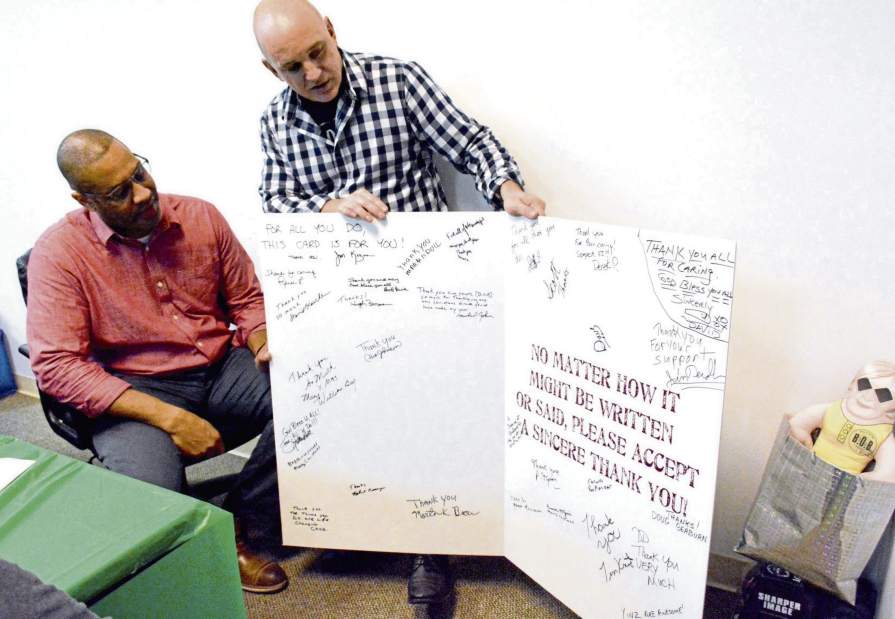 Don Preisler sported a Buffalo Bills hat as he joked with other veterans at a Pittsburgh nonprofit.

“It’s rebellion,” he said while smiling and pointing to the hat.

A short time later — after receiving gifts of a guitar, picks with his favorite team’s emblem, a fruitcake and a cookbook — the 51-year-old who served in the Navy in the 1980s got a lot more serious.

“Veterans aren’t forgotten,” Preisler said. “I didn’t realize that 30 years later, people care. But I guess America has changed its view on us.”

Preisler, who suffers from substance abuse and depression, has lived in one of the 13 transitional homes owned by Veterans Place along Washington Boulevard in Larimer for 18 months. He was one of hundreds of veterans who received Christmas gifts through the Bringing Out the Best Project’s Star Tree program at Veterans Place this year.

Shawn O’Mahony, founder of the Penn Hills nonprofit, said the goal of the Star Tree program is simple: “Every veteran on this day will get a gift.”

For the third year, Penn Hills students made some 250 ornaments for five trees that were put in area stores. Each ornament had a veteran’s name that customers could choose to buy a gift for. The gifts were collected and distributed at a program last week that featured a meal prepared and served by 40 volunteers at Veterans Place.

Marlon Ferguson, executive director for Veterans Place, said most of the 48 veterans living in the transitional homes cannot go out to buy gifts. So when O’Mahony first approached him to try out the Star Tree program, he welcomed the idea.

“It’s a tough time of year for our veterans,” he said. “Some are estranged from their families, have mental, health or addiction issues.”

“Being a military guy, it’s all about helping each other out. No one left behind, you know,” Ferguson said.

Preisler is thankful for the assist.

“I left my past behind. I’m going to buy my own home,” he said with the smile returning to his face.

Dillon Carr is a Tribune-Review staff writer. Reach him at 412-871-2325, dcarr@tribweb.com or via Twitter @dillonswriting.