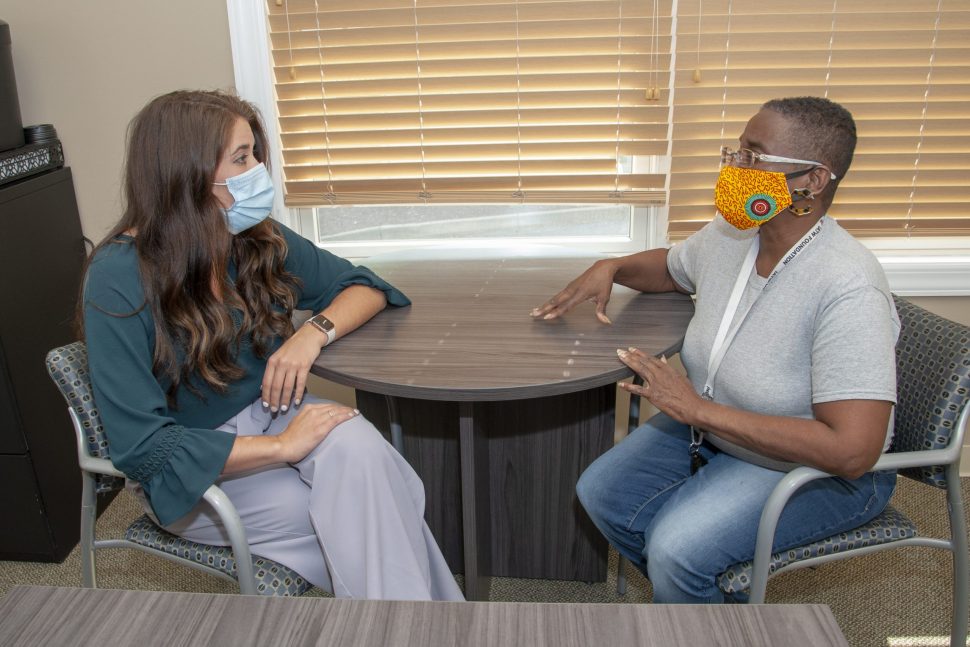 My name is Annetta Thompson.  I was born in Brooklyn, NY.  I grew up in a military family and was eager to join the Army at 18.

After being discharged from the Army, I moved to Texas.  A disaster in my home caused me to pack all my belongings and buy a one-way ticket to Pittsburgh.  At the airport, I was mugged, and everything I had worked for was taken from me, leaving me stranded.  A kind soul that I had met at the airport generously purchased a replacement ticket for me to get to Pittsburgh, and I boarded my flight with only the clothes on my back.

After landing in Pittsburgh, my plans for a place to stay fell through, leaving me with nothing and nowhere to go.  I searched for organizations online that help veterans and Veterans Place was the first one that popped up.  At 3 a.m., I reluctantly called Veterans Place, and to my surprise, a person answered and came to pick me up the next morning and brought me back to their campus, where they gave me clothes, food, and anything else I needed.

I now live in a townhouse on-site at Veterans Place. I am working towards goals with the help of my case manager, such as finding permanent housing.  Since moving into Veterans Place, I have seen my son and daughter for the first time in 8 years!  Words cannot describe how much getting these relationships back mean to me.

I am so grateful that I ended up at Veterans Place.

Veterans Day serves to honor all of those who have served our country in war and peace, dead or alive and was primarily intended to thank all living veterans for the sacrifices they have made. Originally, Veterans Day was known as Armistice Day and was intended to commemorate the end of World War I.
While World War I officially ended on June 28, 1919, when the Treaty of Versailles was signed, the fighting ceased seven months prior when Germany and the allies put an armistice into effect on November 11, 1918.

After World War II and the Korean War, veterans service organizations urged Congress to amend the commemoration of the day by changing “armistice” to “veterans” to honor American veterans from all wars.

In celebration of Veterans Day this year, taking place on November 11, 2020, honor or memorialize a veteran in your life by making a donation at veteransplaceusa.org/honor-and-assist-campaign.

Please join us in honoring and celebrating our nation’s heroes.